NHL Partners with Canopy Growth to Study Cannabis and Concussions 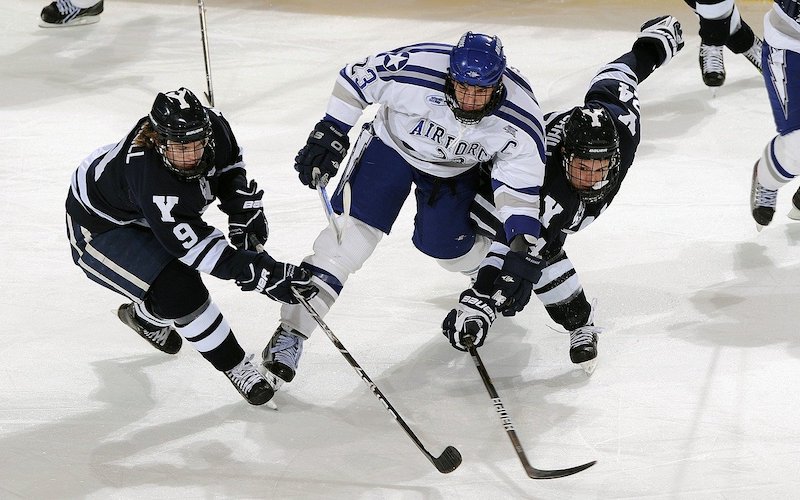 Cannabis and sports haven’t quite yet found harmony in their relationship. Stigma has slowed the adoption of cannabis as a potential alternative to the opioids that many players struggle with. The NFL has particularly been anti-cannabis. But, the tides do seem to be shifting. This year, the NHL Alumni Association partnered with Canopy Growth to conduct studies on how cannabis could potentially help players with injuries and concussions.

We had the opportunity to speak with Glenn Healy, former NHL goaltender and current executive director of the NHL Alumni Association, about this partnership and what he hopes will come from it.

Cannabis & Tech Today: How did the collaboration between the NHL Alumni Association and Canopy Growth come to be?

Glenn Healy: Well, I would say that upon taking the position, I realized that we had an issue with regards to functional integration of some of our players that had played the game at a high level. This is a hard game on your body, physically, emotionally. For some players, concussions are an issue. But, the bigger scope of things is this ability for players to leave the game and be functionally integrated into the world.

I recognized there was a problem. I recognized that there was a bunch of phone calls from wives and kids of these players and thought that if I was to fix something of importance, it would be to find a way to get players back to their families and back to the real world with functional integration. And that required a number of things.

And so that was a function for me to say, I have to find something that can make life better for guys, give them help and hope. And those are the two biggest words that stick with me and our staff, help and hope.

Then, we needed a dance partner, and we talked with many, many groups. But Canopy was a group to me that was concerned about the medical side of making [cannabis] better for players and their families.

So it wasn’t me looking for a partner to start, it was me looking for a solution and then finding partners that would best fit our group, our organization, our members, to get them functionally integrated to give them help and hope.

C&T Today: Could you explain the nature of the study in your own words?

GH: You have players where the game has taken a bite out of them and we want to find a better way for them to tackle all the things that I talk about. Whether it’s more sleep, whether it’s less anxiety? Is anger an issue? Is concussed behavior a problem for that player? Can I get him back with his family? All of those things.

We’ve got an army of mental health people that are helping guys that maybe have never had a life coach to help them walk through some more troubled waters. And so if I can find a way where I’ve got a player who’s in a stream, and he’s going down that stream without a paddle, can I put a paddle in his hand to get him to say, “All right. I’ve had enough of this and I’m going to make a change.”

C&T Today: A lot of sports organizations are still wary about cannabis. What were your thoughts when considering to partner with Canopy?

GH: Well, I’m certainly not a doctor.  But, I can’t for the life of me think that I’m going to stand on a podium and tell the world that opioids are the answer. I don’t believe that. I don’t think the people that have prodded around in brains for 30 years are going to believe that.

Then you’ve got a group like Health Canada that is going to provide the science behind it because you need science for a basis. You don’t need my opinion. I need science. They’re willing to look at the science. And then you needed another dance partner who as an alternative solution to the functional integration to help and hope of these players. And so that would be Canopy. So the three groups, it’s a natural fit.

Then we’ll see what the science shows and we’ll see whether we can get players more sleep, less anxiety, less anger, less depression. Can we get them better functionally integrated in this world? That’s what we’re embarking on. Again, I’m certainly not a doctor in any of this stuff, but we’ll see what the study shows.

C&T Today: What has the response been like from players, both past and present?

GH: That was such a good question, right? Because when I first thought about the very first meetings, there was a stigma.

There is one, but it’s stigma through maybe not enough knowledge to understand that what we’re embarking on does not have that THC component. It is more the medical cannabis, cannabidiol. It’s the medical side of it.

But we have a whole gamut of guys. It’s not the same cookie cutter style of play. So you wondered whether the response was going to be somewhat cynical, whether [cannabis] was going to be embraced. And I can tell you it has been nothing but embraced by our membership. I have not had one call from our 3,800 members to tell me I’m off the trolley and I should rethink what we’re doing. Not a single call.

I think we all think the same thing: that if you can give help and hope to players and their families, then why would you not do it if you have a better result and recourse to do it. So, we’ll do the science and we will come up with a solution as to what is better or not better. But science will back this.

C&T Today: What’s your personal take on cannabis? When this collaboration started, did you have to be convinced or were you excited about it?

GH: God gave me two ears and one mouth for a reason, to f***ing listen more. And so I listened. And that listening led me down the path … I’m not always going to be right, just ask my wife. I think I’m always right, but I’m not going to always be right. But every day, my focus and purpose is to do what’s right, and this to me felt that this is what is right to do.

C&T Today: When you were playing, what was your own experience dealing with concussions and injuries?

GH: Well you remember, I mean there was a good part of my career when I first started in say ’84, ’85, where there were still players playing without helmets.

Pretty much every player would warm up without a helmet. Visors didn’t come in until a little bit later. Then they became mandatory. I think baseline testing came into the NHL in the late 90s. That was the first to ever do that. No other sports entity had done baseline testing. As a player, we were cynical of it. “Testing for what?” We didn’t understand really the effects of concussions; we certainly didn’t know what CTE was. Not a chance. It was all new. The greatest player of all time, Wayne Gretzky, I think he wore a baseball hat when he played.

C&T Today: Why do you think so many sports leagues are still anti cannabis?

GH: Well, I don’t think it’s fair to say that they’re anti, because that would mean they’re pushing back on this stuff saying, “Not for us.” I think the best way to look at it is this way. So probably our greatest player for a players player would have been Ted Lindsay.

So I think, from when we launched this to where it is now, there’s a lot more traction. But I do know that when we first embarked on this we were going in the corners. And we may have been going in on our own, but we were going in not as chicken s***s. We knew that we were the first ones that have gone in and I’m proud we were.

C&T Today: What do you think it’ll take for these major sports leagues to really adopt cannabis as a form of medication to help treat injuries and head injuries?

GH: Well, why don’t you wait until our science is done on this and we’ll see whether the science shows that we’ve got a better way than exists today than the medicine that’s been rammed down players throats.